The J-Body platform was a giant seller for GM, staying in production from the first 1981 Chevrolet Cavalier all the way through that final 2005 Pontiac Sunfire. Outside of North America, Opels and Daewoos and Isuzus and Holdens and Vauxhalls and even Toyotas flew the J flag, and better than ten million rolled out of showrooms during that quarter-century. In the United States, Chevrolet, Oldsmobile, Pontiac, Buick, and Cadillac each sold J-Bodies. Of those, the Pontiac Sunbird often had the sportiest image, more cavalier than even the Cavalier Z24. I’ve documented a discarded Sunbird Turbo in the past, and now here’s a bread-and-butter Sunbird sedan from the same era. 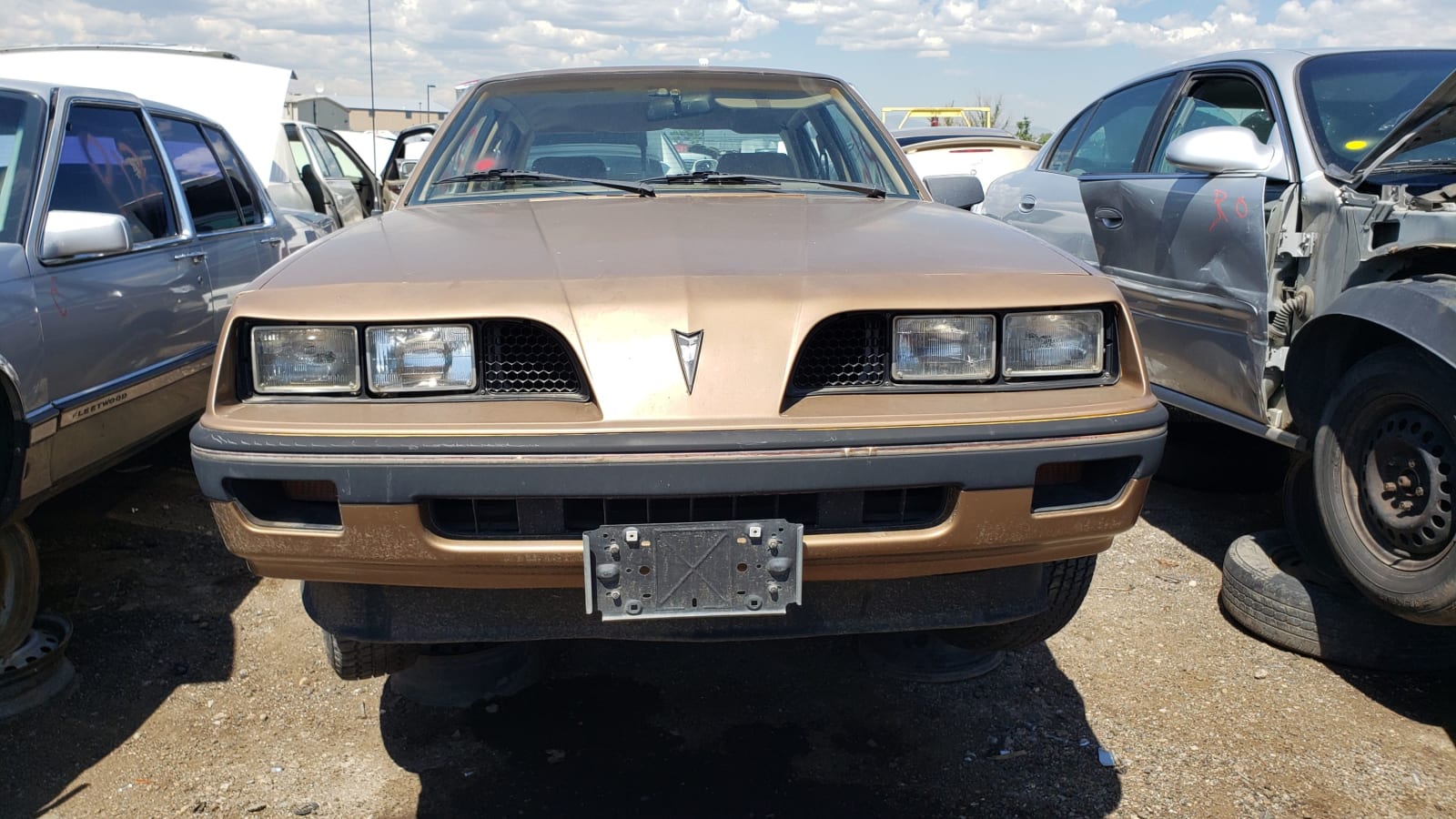 The Sunbird name began its life in 1976 on the Pontiac-badged version of the rear-wheel-drive Buick Skyhawk, itself based on the Chevy Vega. The first J-Body Pontiacs had J2000 badges, then 2000 badges, then 2000 Sunbird badges, until finally the pure non-2000 Sunbird appeared for the 1985 model year. I remain disappointed that the 2000 name didn’t survive into our current century, because we could have had a 2000 Pontiac 2000, or just the “2000 2000” for short. 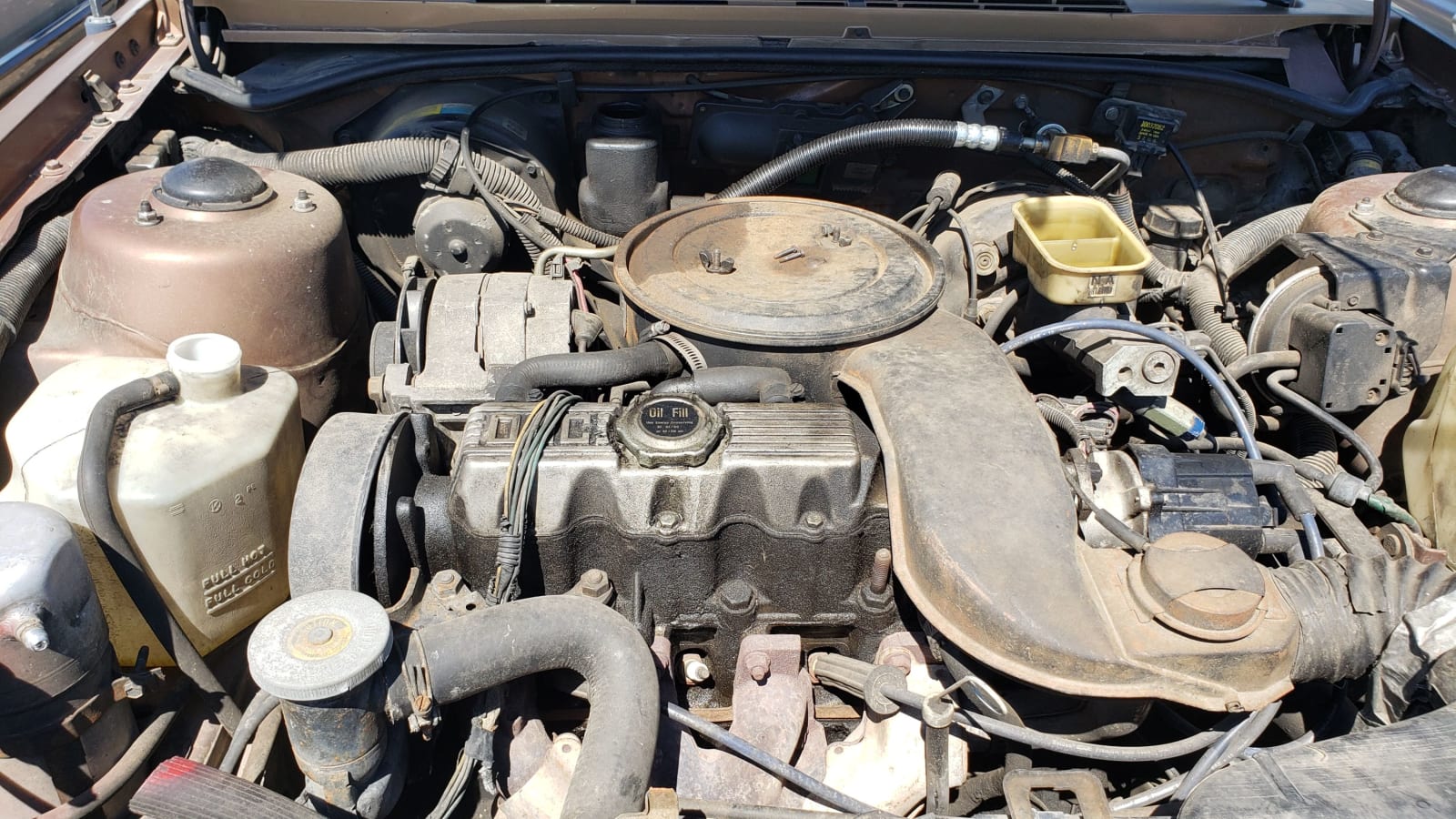 The base engine in the ‘86 Sunbird was this SOHC 1.8-liter four of Brazilian origin, rated at 84 horsepower. Originally developed by Opel in the late 1970s, this engine family went into cars built all across the sprawling GM empire. 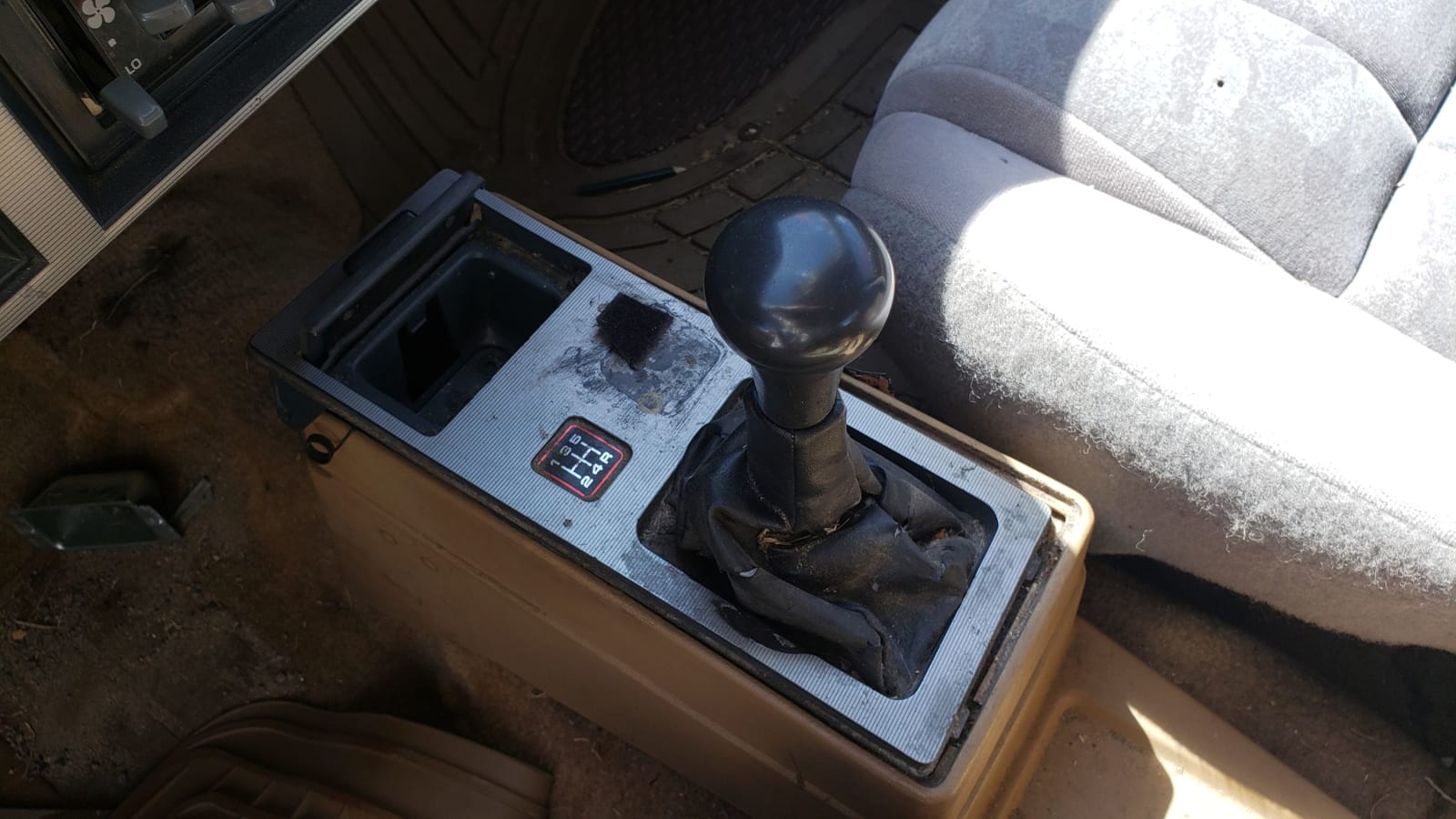 84 horsepower doesn’t sound like much— and it wasn’t much, even by 1986 standards— but at least the original buyer of this car had the smarts to get the five-speed manual transmission. This car weighed just 2,336 pounds, a good 500 pounds lighter than the current Chevy Sonic, so performance with the manual transmission was tolerable. 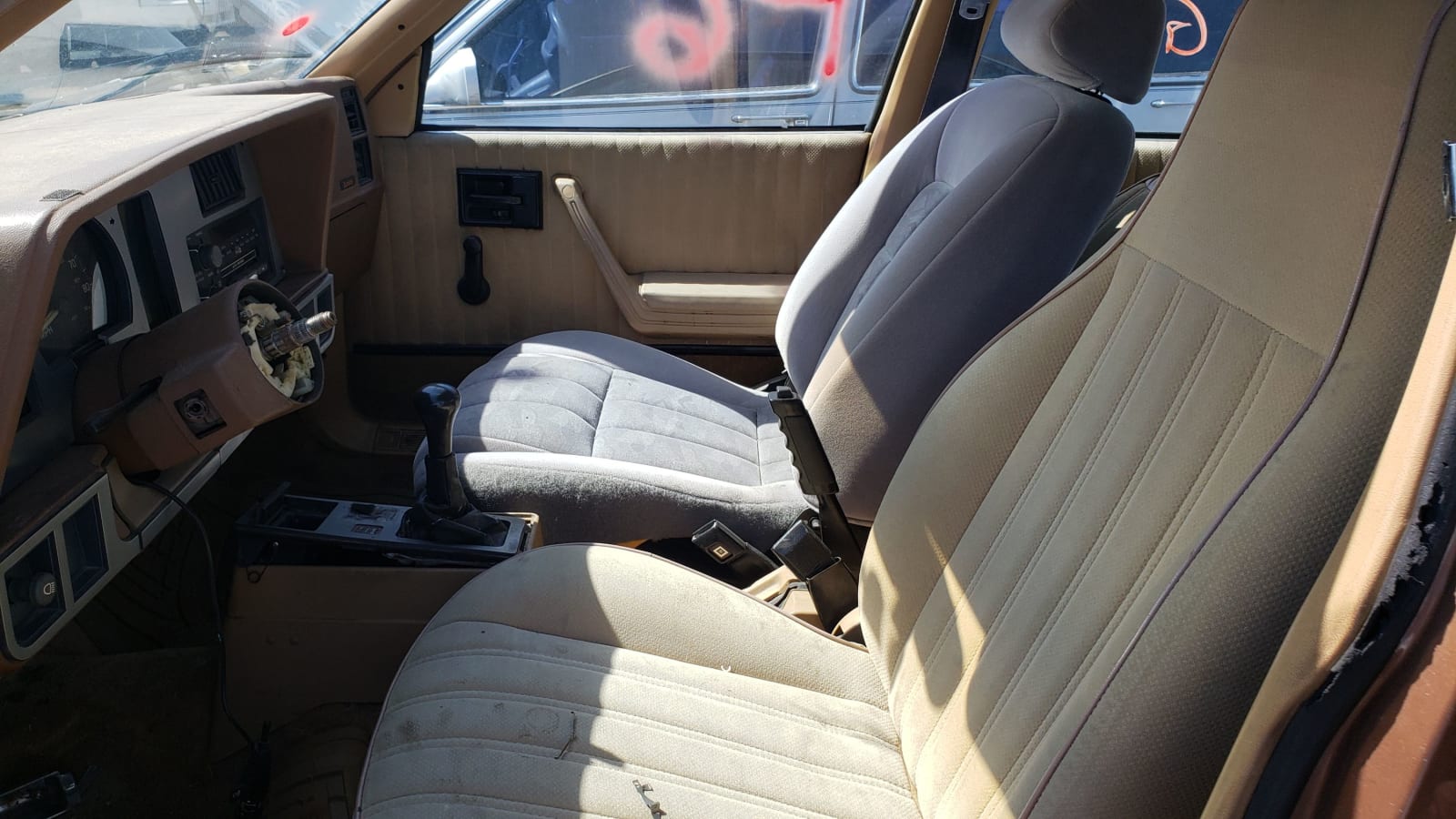 The ’86 Sunbird’s interior was much nicer than those in its Cavalier siblings, though nowhere near the Cadillac Cimarron’s reading on the Plush-O-Meter. 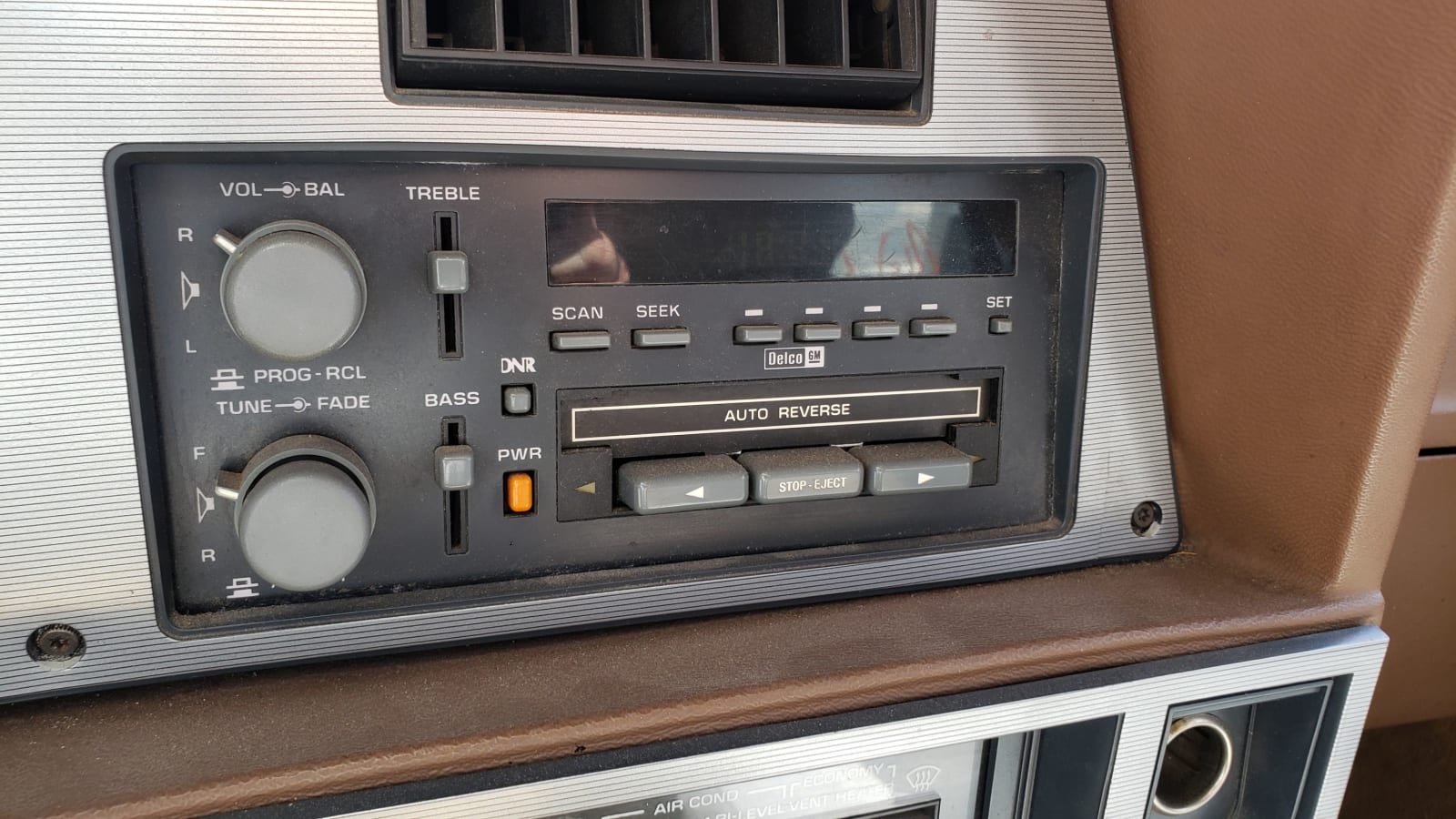 An AM/FM/cassette stereo with auto reverse was serious audio hardware in a cheap car during the middle 1980s, when even a scratchy factory AM-only radio cost the equivalent of several hundred 2020 bucks. 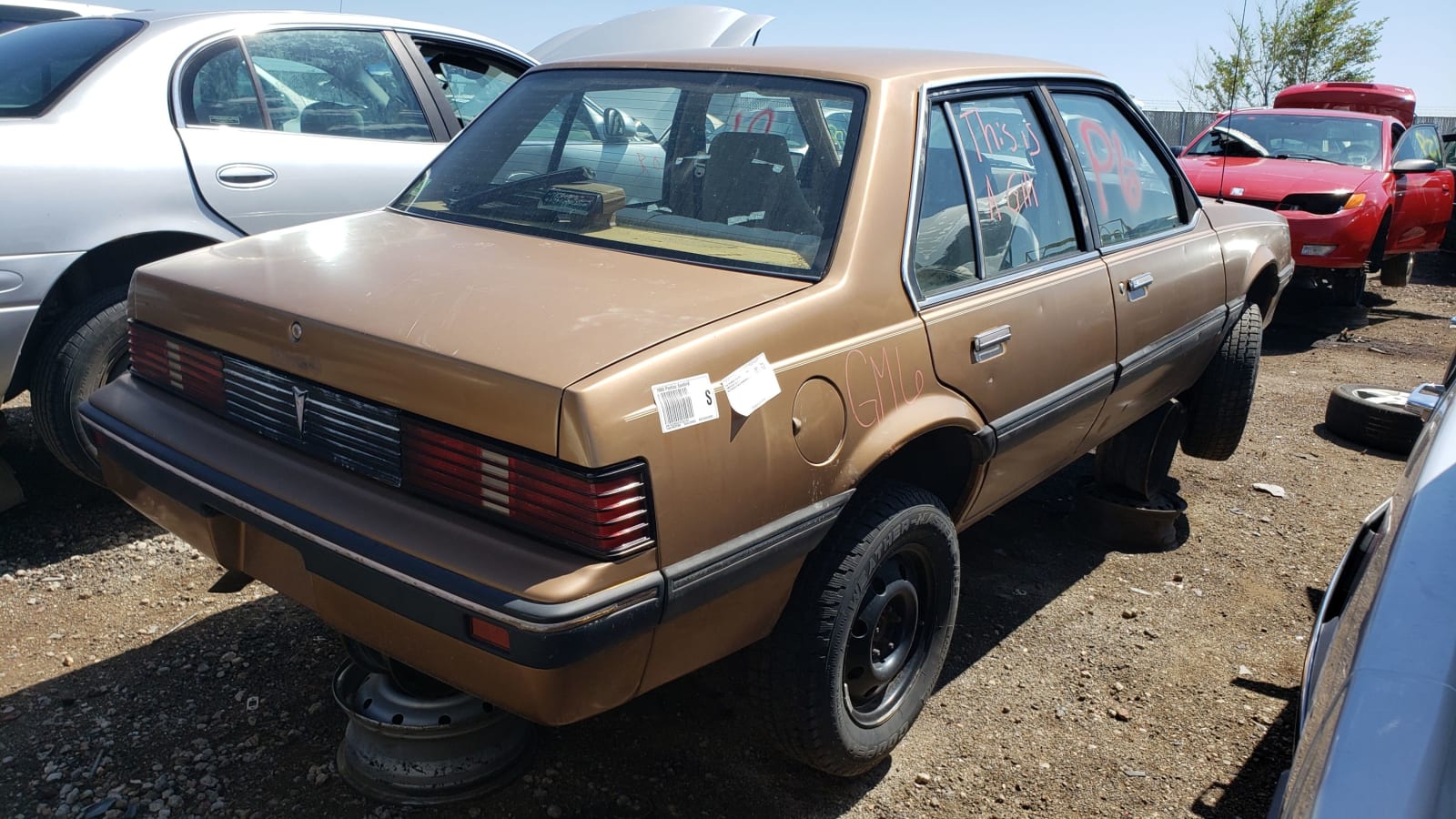 The price tag of this car started at $7,495, or about $17,500 in 2020 dollars. The cheapest possible Cavalier sedan went for $6,888 in 1986, but a zero-option base ’86 Cavalier would make you think you’d been transported to the Soviet Union every time you slunk into its harsh confines.

So much excitement in a Sunbird!

In the UK, the Vauxhall Cavalier got the same fuel-injected engine as its American Sunbird sibling, making it capable of jumping over its competition. Literally.

Sales of the Australian J-Body, the Holden Camira, benefited from this science-fiction-movie-style TV commercial in 1986.

Electronic fuel injection was a big selling point during the 1980s, especially in technology-crazed West Germany, home of the Opel Ascona C.

After a chain-smoking domestic dispute with his wife, a Brazilian J-Body owner finds solace in his ’87 Chevrolet Monza.

Because you couldn’t have a global GM platform in this era without a Daewoo version, the Espera rolled onto South Korean streets on the J platform. Here we see that the Daewoo Espero and the F-14 were more or less the same vehicle.

We’ll head back to Detroit for this ad for the King of J-Bodies in 1986: the Cadillac Cimarron.

An ultra-rare Ferrari J50 is on the market for $3.6 million